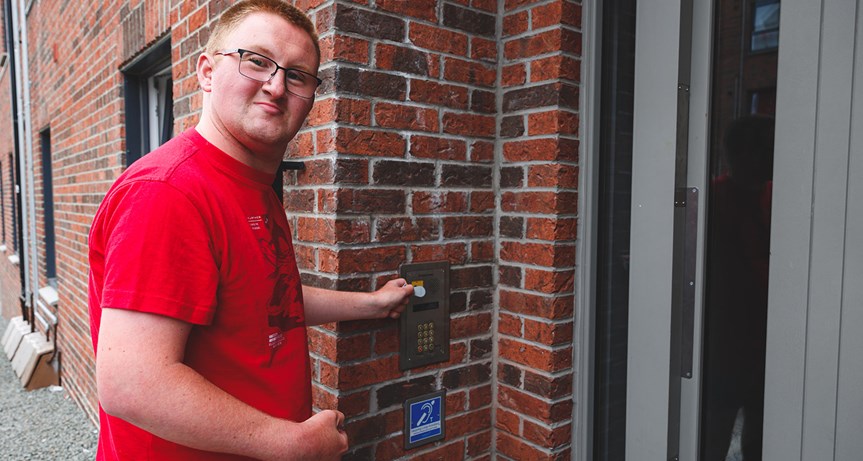 Connor, 25, got the keys to his brand-new flat at Dumbarton Harbour in May. Because of the pandemic. things have been moving a little slower than usual but this has benefited Connor as it has meant there has been more time to plan the transition to living on his own which is a big step for any young person. Time he has used to learn, with the support of his team and parents, the skills he needs to look after his home and be a responsible tenant.

Although he hasn’t fully moved in, Connor loves having his own space and was excited to get the key to his own front door. He also enjoyed picking furniture and choosing how
to decorate his flat. Away from home, Connor enjoys a busy social life and has many hobbies. He loves hill walking and comedy, and recently enjoyed a night out at the Glee Club in Glasgow where he saw Janey Godley perform. He’s also just taken up paddle-boarding, for which he gets lessons at nearby Loch Lomond. Watching ice hockey is another passion and he is looking forward to being able to get back to seeing his team play.

He’s also looking forward to getting back to his part-time job as a janitor which he has been
furloughed from throughout the pandemic. Sounds like his flat will be the perfect place
for Connor to chill out from his action-packed lifestyle!